My stock holdings as at 31 December 2015 can be found in the table below.

*Sunway Berhad paid out a one-time special dividend when its subsidiary Sunway Construction went public in 2015, hence the 11.83% yield.

You may notice that some of my investments gave me a 0% dividend yield, this is because I purchased them recently and did not receive any dividends from them with the exception of Air Asia which doesn’t pay dividends. Now this figure might be important to some of you but for me, dividends and its growth are what matters to me. Combined with my dividend yield of 2.97% for 2015, my portfolio’s total gain was a cool 9.5%. Not too high compared to some of the players out there, but I’d take a steady growth in my investments every year over erratic volatility in them any time.

I will be actively looking to add more of these 3 stocks to my portfolio in 2016 provided the price is right. Scientex (which is covered here) and CBIP Berhad have both delivered consistently. Homeriz’s financials has been helped greatly by the devaluation of the ringgit which saw my investments double in 2015.

Collectively, these 5 companies cost me RM14K in unrealized losses. However, the dividends received from them were pretty solid with the exception of Air Asia and Tunepro. I will continue to hold on to them provided the fundamentals remain.

I received RM7,544 through dividends alone in 2015, surpassing my target of RM6K per annum. The dividends earned will all be reinvested into the portfolio, letting the 8th wonder of the world work its magic – compound interest.

My next target would be RM8,500 per annum translating to just over RM700 per month, which should in theory be able to cover my most basic living expenses (if I live frugally).

Ultimately, I aim to be able to cover all my living expenses through dividends alone.

I view my investment portfolio as a young tree, with each stock its own branch, branches which I would think long and hard before I’d ever consider chopping them off. Each and every branch of this wonderful tree produces bountiful fruit – in the form of dividends which is what I’ll eventually live off of, choosing to pluck the fruit and leave the branches intact rather than cutting the branches. What with me working and all now, I am fortunate enough to be able to replant those fruits instead of consuming them – reinvesting my dividends every year will eventually snowball into a huge sum in the long term.

Patience is very tough at times, but my progress thus far is proof that patience and persistence works. Since I started investing in 2014, my passive income has been steadily increasing every single year. It takes a little time for this to start noticeably working, but the additional cash flow is real. 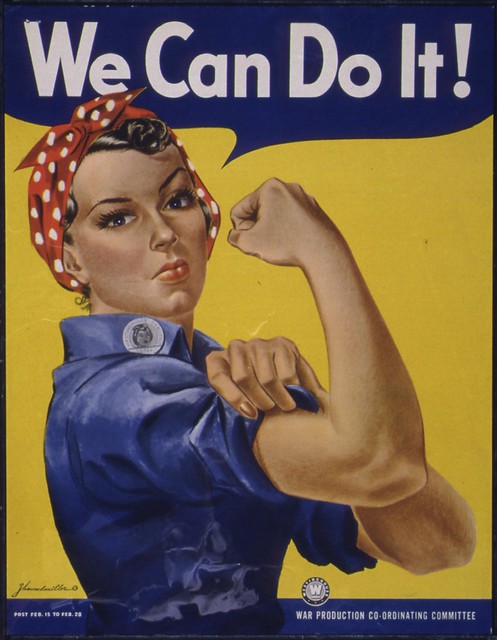 CC Image Rosie the Riveter courtesy of The U.S. National Archives on Flickr