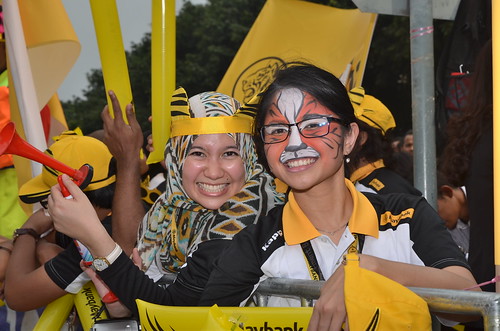 Some of you may have noticed my purchase of 1,500 units of Malayan Banking Berhad stocks back in January 2016. I managed to snag the units at a very low price – RM8.30 per share at the time during a brief loss of confidence in Malaysia’s banking industry then. The price of Maybank has since risen to RM9.12 as at 7 April 2016 which translates to a 9.88% unrealized profit for me in 3 months. What’s even more amazing is that at RM9.12, Maybank’s dividend yield is at a cool 5.9% per annum (based on previous dividends), even higher than some of the REITs out there. I’ve had Malayan Banking Berhad in my sights for awhile and when the opportunity came this year due to some minor turbulence, I did not hesitate and pounced when the price dropped back in January 2016. Maybank’s annual report came in the mail recently and I’ve uploaded it here for your convenience. I’ve had a brief stint working for Maybank Investment a few years back in the research department. I learnt a lot from them and I’ve been reading their reports every week without fail. I especially like the analysts who cover the airlines industry, develepoers & construction, banking and gaming.

In terms of assets, Maybank is the largest in Malaysia and 4th in ASEAN. I don’t see them catching up to the likes of UOB, OCBC and DBS any time soon though. I’m fine with Maybank being the largest in Malaysia, they are the most recognized and widely used bank in Malaysia, with most government institutions as well as MNCs using their services, for that reason alone the company is worth looking at.

Maybank’s foothold in Indonesia is getting stronger by the year, their branches there outnumber branches in Malaysia. Profits from Indonesia also increases y-o-y. Provided that Maybank is allowed to do business in Indonesia uninterrupted by the government there, I strongly believe Indonesia will be a major cash generator for Maybank. With the huge population there, the banking fees alone will be mind numbing.

I will be brief and summarize simply the Annual Report and let you go through it in your own time. Key items to note in regards to Maybank’s 2015 financial performance:

I do believe that the bank did not do as well as expected for the year 2015. I will continue to monitor the quarterly reports as well as compare 2016’s annual report next year.  The other outstanding bank in the country is Public Bank headed by very experienced leaders and managers. Observant readers will notice that I recently added Public Bank to my portfolio – The Freedom Fund. I will be writing on Public Bank in the near future.

For now, thank you all for reading.

Do you own shares in any banks or financial institutions in Malaysia? How do you like them how did they perform in 2015?